I was born and raised in the beautiful South of a country called The Netherlands, aka Holland, therefore I am very much Dutch (you still there?). I traded my orange nation for the United States of America in 2008, starting out in Boston and then lived the beach life in Miami for about six years. After ten years in the US I felt it was time to plant some roots in the old continent again, which is why nowadays I live and work between Barcelona, Amsterdam and Miami. Internationally I currently work as an Acting Coach and Casting Director.

I studied theatre at the Fontys University of the Arts (Fontys Hogeschool voor de Kunsten) in Tilburg, the Netherlands, and graduated in 2006 as a first degree Teacher Training in Drama. Before starting my job as a Casting Associate at Lori Wyman Casting in Miami I worked as a freelance Acting Coach, Drama Teacher and Theatre Director in both Boston and Miami as well as in my home country. My experience spans over ten years and in these years I’ve been so lucky to work as a professional in many facets of the business. My resume includes one-on-one private coaching; acting; writing, staging and directing theatre shows; teaching adult and kids’ drama programs; staging theatrical performances with formerly incarcerated men and women based on their life journeys; casting for Film and TV.  My education and broad experience in the acting world have given me a vast knowledge of the craft and I have found that nothing makes my heart happier than sharing this knowledge. To see actors become the best they can be to me is the biggest reward and I am so lucky to get to see that happen every day. Beginning of this year I successfully ventured out on my own as a Casting Director and I can honestly say that being in casting and working as a coach at the same time is like having my cake and getting to eat it too!

What else you should know about me? Well, I’m an avid traveler, amateur cook, one of those people who still prefers a real book over a tablet (also one of those people who still actually reads books), I’m a music lover of the Indie kind, I enjoy food and beverages probably too much, I work out a lot (not only to compensate for the food and beverages), I am of above average height (because Dutch), allergic to custom license plates and I could not figure out the Pythagorean theorem if my life depended on it.

This site uses Akismet to reduce spam. Learn how your comment data is processed. 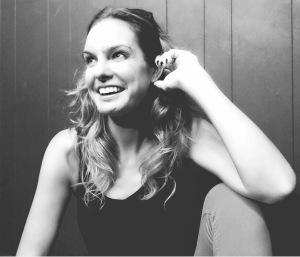